Yet few know one of Oxford’s best-kept secrets: that Lewis spent three months at Keble College in 1917. In December 1916, Lewis learned that he had been elected to a scholarship at University College to study Literae Humaniores. Now aged 18, Lewis realized that he would be conscripted into military service unless he volunteered. He took up his place at University College in April 1917, and immediately applied to join the Oxford University Officer Training Course. Why? On account of a technicality, which Lewis had clearly researched carefully, this would allow him to transfer to one of the Officer Cadet Battalions, ensuring he would be commissioned as an officer, not conscripted as a private soldier. On 5 May 1917, Lewis began his training at No. 4 Officer Cadet Battalion. “E” Company, to which Lewis was assigned, was stationed at Keble College. 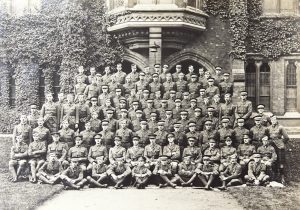 Lewis didn’t like Keble much. He had to leave a rather comfortable set of rooms at University College for “a carpetless little cell with two beds (minus sheets or pillows)” at Keble. Lewis shared this room with Edward Francis Courtenay (“Paddy”) Moore, an officer cadet of almost exactly his own age. Lewis developed a close friendship with Moore, and an even closer friendship with Moore’s mother, who had rented rooms in Wellington Square, so that she could keep an eye on her son. Lewis formed friendships with four other young men at this time: Thomas Kerrison Davey; Denis Howard de Pass; Martin Ashworth Somerville; and Alexander Gordon Sutton. Lewis would later mourn his colleagues. “I remember five of us at Keble, and I am the only survivor.”

The wartime “Battalion Orders” for No. 4 Officer Cadet Battalion, commanded by Lieutenant-Colonel J. G. Stenning, have survived in the form of a yellowing set of duplicated foolscap sheets in the Keble archives. They provide us with basic information about Lewis and his friends, which I found invaluable in researching my recent biography of Lewis.

We possess only two photographs of Lewis from this period. The first is a beautifully clear and crisp photograph of the entire undergraduate body of University College in Trinity Term 1917. There are only nine students and one don in the photograph; the Great War was taking its toll. The second is a blurred photograph showing Lewis, Moore and one other person in a punt on the river during the summer of 1917. No photographs are known of any other of Lewis’s circle from his Keble days. Until now.

Every college archive has a mass of material awaiting sorting and cataloguing, much donated by former college members, and Keble is no exception. Leonard Rice-Oxley went up to Keble to study history in 1911, and became the college’s tutor in English in 1921. After graduating from Keble in 1915, Rice-Oxley had served as 2nd Lieutenant in the London Irish Rifles, before being promoted to Lieutenant, and posted to serve on the staff of No. 4 Officer Cadet Battalion in 1917. During this time, Rice-Oxley produced a booklet Oxford in arms: with an account of Keble College, intended for the use of officer cadets stationed at Keble. A copy of this booklet was contained in the material given to the college archives by Rice-Oxley, along with an album of photographs.

Not long after her arrival at Keble, the new Archivist & Records Manager (Eleanor Fleetham) was asked by the College Librarian (Yvonne Murphy) to organize an exhibition of material from the Archives to commemorate Keble’s contribution to the First World War. One of the items on display was Rice-Oxley’s photo album, which contained a  photograph of “E” Company, No. 4 Officer Cadet Battalion, taken by an unknown photographer in the summer of 1917. A college undergraduate – Sebastian Bates (2014, Law) – noticed the photograph, and suggested that one of the people in the photograph was none other than C. S. Lewis. 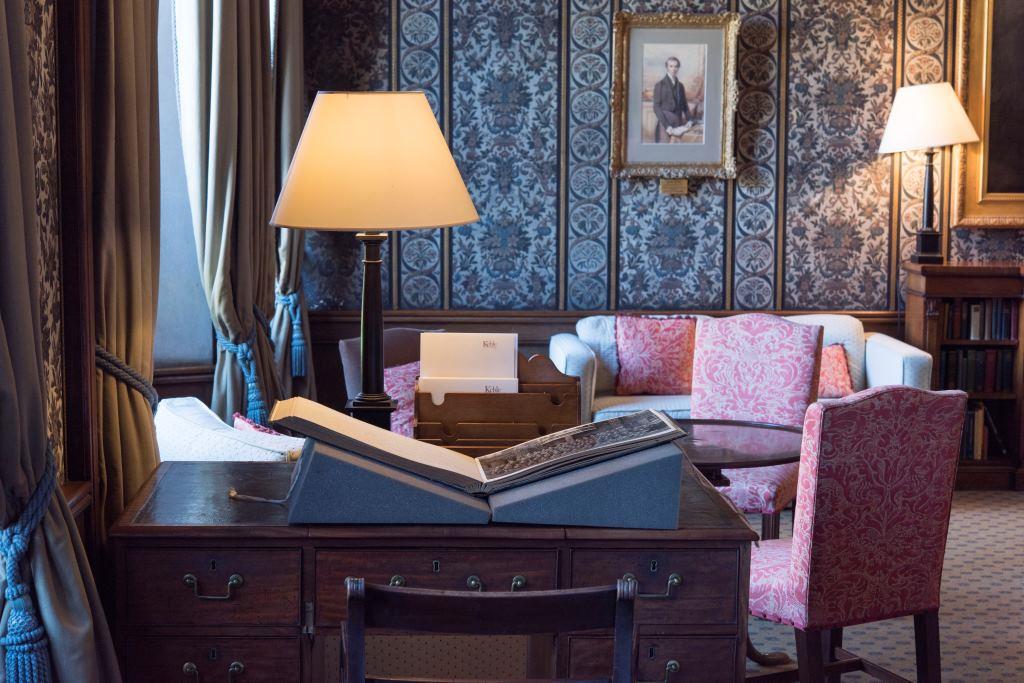 It was easy to check this. A comparison with the two known photographs of Lewis from 1917 confirmed that the figure in the Rice-Oxley photograph showed the same facial features as Lewis himself. Yet there was more to come. Unusually, someone – presumably Rice-Oxley himself – had placed a sheet of paper next to the photograph, identifying all those in the photograph by their surnames. One of those names was “Lewis”, and the legend allowed this to be correlated immediately with the figure identified by Bates. It is the only photograph of Lewis to show him in the uniform of an Officer Cadet.

But there was more to come. Before this discovery, only one photograph of Paddy Moore was known. There is now a second. The Rice-Oxley photograph includes what is now the clearest and best image of Moore, wearing uniform. And we now know what Lewis’s four other friends looked like. We can even identify the hitherto unknown image of a third person in the punt, along with Lewis and Moore, from that distant summer of 1917: Alexander Sutton, who was killed in action on 2 January 1918, a mere six months after that photograph was taken.

The discovery raises an important and fascinating question: how much more material will be discovered in Oxford’s archives, as these are slowly catalogued and displayed? The discovery at Keble is a reminder of the treasure trove of material contained in college archives. No future biography of C. S. Lewis can overlook this material.

Scholars, journalists and others interested in reproducing this important photograph should get in touch with the Bridgeman agency, who manage the rights: