Keble and the Great War

A Rugby Team at War

The College was a tight-knit family, and even more so in the small sporting teams. Temporary adjustments could be made to accommodate short-term down turns in numbers, such as rowing joint crews with Wadham during World War II, but the permanent losses were keenly felt. One of the most poignant reminders of those losses suffered is the story of the 1st Association Rugby Football Team 1912-1913. Of the 15 members, 13 went to serve in the armed forces. 8 were killed. Their names are highlighted in the key below the photograph. 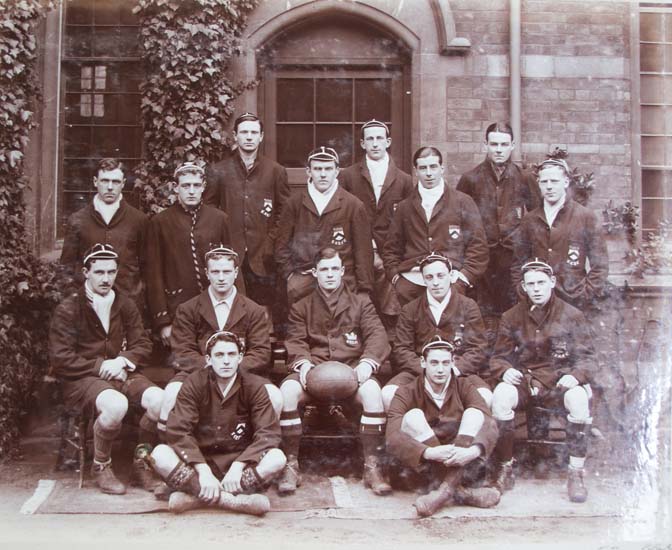 Theodore Guthrie Morgan (1910) was awarded an M.C. in 1917. After the War, Morgan became Bursar of Dover College, 1923 – 1940. Morgan was later acting Warden and Bursar at the Imperial Service College, Windsor, Bursar at Haileybury and I.S.C., and Governor of Dover College.

Prepared by the previous College Archivist & Records Manager, Eleanor Ward, as part of the College’s commemoration of the centenary of the outbreak of the First World War.