Archaeology and Anthropology at Keble

Students were not admitted to read for Archaeology and Anthropology at Oxford until 1991, and Keble was amongst the first colleges to take them. But Keble had a part to play in the development of the discipline long before that, hosting the Chair in European Archaeology since its inception in 1946. 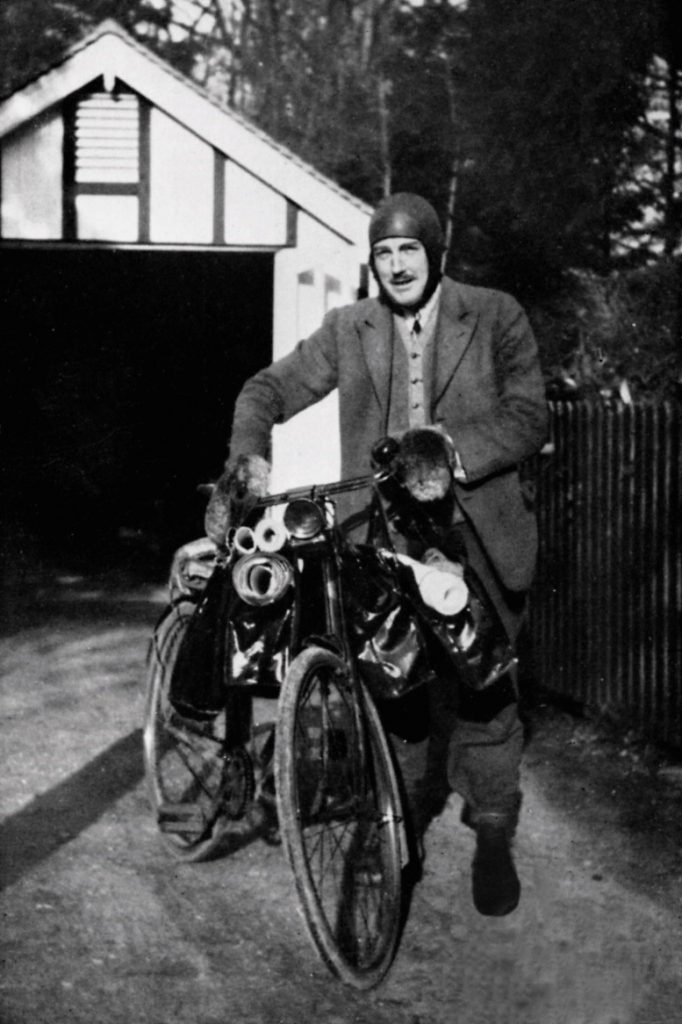 The fluidity of disciplinary boundaries was such that several Keble students had become prominent in archaeology even before that. Amongst the most prominent was O.G.S. Crawford (1886-1957). Miscast at Keble (1906-10) as a classicist, for he had already developed archaeological interests at Marlborough, he switched after a year to the diploma in geography. He has left us a wonderful set of character sketches of Keble dons and college servants from the period just before the First World War. After graduating he worked briefly as departmental instructor, joined an expedition to Easter Island, and excavated in the Sudan. After the war he became archaeology officer with the Ordnance Survey, and retained a keen interest in field archaeology. As a war photographer with the Royal Flying Corps, he had come to appreciate the value of aerial photography for archaeologists. He was also founding editor of the journal Antiquity (1927). Sir John Myers wrote in the preface to his festschrift in 1951 ‘No single man has done more than O.G.S. Crawford to place the study of the remoter past, and of the past of Britain in particular, on the secure and sound basis upon which it now rests’.

Another Keble product straddled the world of classics and archaeology between the wars.  Russell Meiggs (1902-1989), born into a humble background, and educated at Christ’s Hospital School, had a brilliant undergraduate career at Keble. On graduating in 1925 he went to work on the excavations at the port of Ostia outside Rome. After a brief period of schoolmastering, he retuned to Keble as tutor in Classics in 1930. Meiggs was by all accounts an inspiring tutor. As Jasper Griffin remarks in the Oxford DNB, ‘challenging questions were accompanied with a piercing gaze under eyebrows of matchless bushiness, and he loved to disconcert with his rather ferocious geniality’. Like many dons of that era he had his cultivated eccentricities, famous for rolling around in the snow in his bathing costume’ (ibid.). He was a serious scholar, but one who would find no place in the current RAE/REF obsessed academic world. Dedicated to his pupils, he did not publish his findings on Ostia until 1960, but it was an important book.  Unfortunately by then he had departed from Keble for Balliol. He later remarked of his move between colleges that it was like a ‘first division team [Balliol classics was in a bad way] needing to bring in a goalkeeper from a third division side’. This was, of course, the period when Keble’s reputation stood low.

There was a brief period after the second world war when money was readily available and new posts like the chair in European Archaeology were established. This was Keble’s first professorial chair, and it was filled with great distinction until his retirement in 1972 by Christopher Hawkes (1905-1992). Even as a schoolboy at Winchester College, Hawkes’ interest in archaeology had been encouraged by Osbert Crawford, who directed him to the study of field monuments. While a keeper at the British Museum, Hawkes established himself as the foremost authority on Iron Age studies, and engaged in fruitful collaborations with his wife Jacquetta. The reward of the Oxford chair came in 1946 at the age of just forty-one, but the status of his subject was a source of frustration. Hawkes was a firm opponent of the disciplinary boundaries, arguing in his inaugural lecture that archaeology belonged within the broader disciplinary framework of history. Oxford’s historians weaned on Stubbs’ Charters were having none of that! Hopes that a new degree in archaeology and anthropology (on which he was personally sceptical) could be established in post-war Oxford were torpedoed by those who saw it as a threat to Greats (Classics). Decisions such as these doubtless explain his slightly detached attitude towards college life, and he concentrated his energies on postgraduate studies, his endeavours culminating in the establishment of the Institute of Archaeology in 1961. He never ceased to argue for University reform, and was an eloquent witness at the Franks enquiry of 1965 where he discoursed brilliantly on the various blocking devices which stymied reform.

Hawkes’ successors in the Chair which has remained with Keble have been equally distinguished. Sir Barry Cunliffe (b.1939) made his name in the excavations at Fishbourne Roman Palace, but became an authority on the Iron Age through work on the Danebury hillfort. Author of a host of books, the recent Europe Between the Oceans 9000BC – AD 1000 (2007) has been particularly well received, as a fascinating account of the interaction between man and the environment over a vast sweep of time. Also thinking big questions over a long time span is his successor (since 2006), Chris Gosden, who in particularly interested in the relationship between man and the material world with particular attention to the history of creativity.

A number of postgraduates had passed through Keble’s doors studying masters’ or diplomas in archaeology or anthropology and some have gone into distinguished positions in the field. It was only in 1991 with the establishment of the honour school that undergraduates came to read the subject, but Keble soon established itself as the college of first choice in the subject, thanks primarily to the pull of Barry Cunliffe as a big name. This was in spite of the fact that for most of the 1990s the College had no tutorial fellow in the subject. This was remedied with the appointment of the Aegean archaeologist, John Bennet in 1998, followed on his move to a Chair at Sheffield, by Lisa Bendall, the Sinclair and Rachel Hood Fellow, who arrived in 2004. The subject has also been served by some notable research fellows in recent years, including Paul Petitt, Nellie Phoca-Cosmetatou, and Lambros Malafouris.

Written by Ian Archer, Fellow and Tutor in History