Keble sport between the wars

The new intakes of freshmen in the years after 1918 were not slow to take up competitive sports, although club captains constantly moaned about the lack of eager and talented bodies, as well as the weather. The 1919 tennis season was interrupted by a snow storm at the start of Trinity term, although the courts which had been planned and financed before the war, were finally completed. 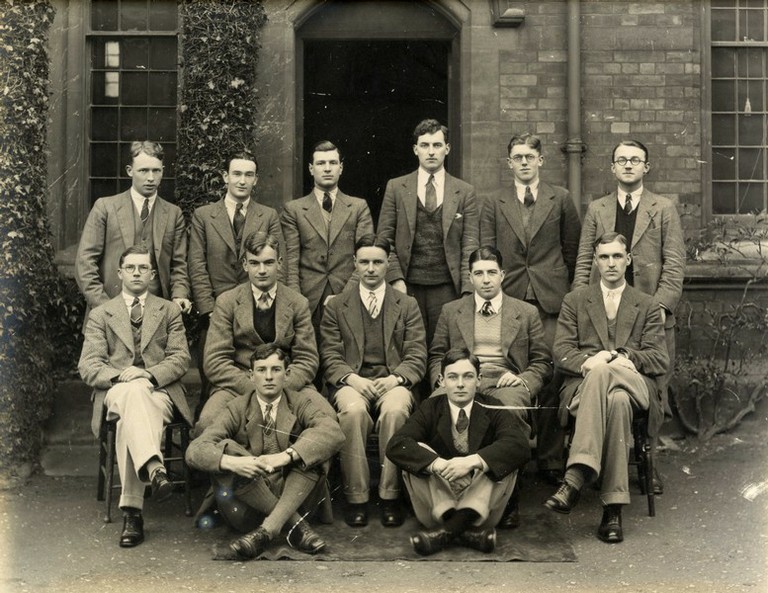 At this time roughly 100 Keble students were active in sports – allowing the College to put out two teams in rugby, football and tennis. In time, rugby managed a third XV too. There were plenty of matches to play. In 1920 the football team played 25 matches, while the rugger team won 21 of its 23 fixtures in 1929. In 1923 the XV lost only once, racking up 306 points and conceding only 57, though this was still not good enough to defeat University in the semi-final. 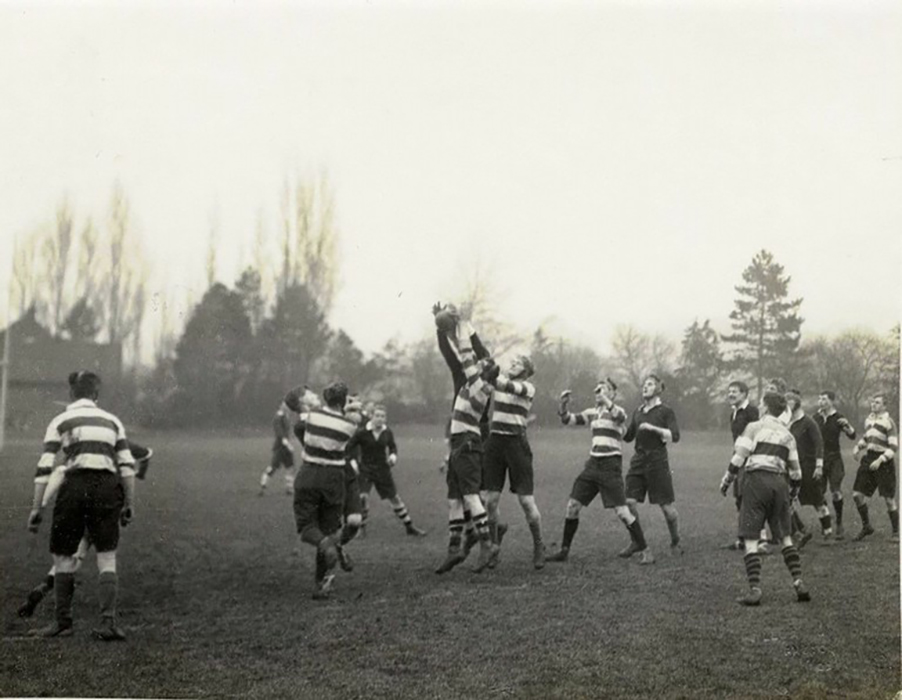 So popular was rugby in the College, that Keble could field two teams on the same day. In fact other sports, notably football and hockey, complained that rugby attracted all the best men. Although in the early 1930s well over a third of the student body was active in first-team sports, by 1935/6 football had to abandon its second XI for want of players. By the end of the 1930s, even rugby was struggling to find enough for a second XV. The introduction of new league competitions in the 1930s added another layer of collegiate sport; football began in division one, but rugby could only make division two in its league.

There were rival pursuits – the golf club revived in the 1930s, and 19 students entered the college competition – and clubs were organised for fives, billiards and table tennis. In the mid 1930s the de Coverley Club was formed to encourage field sports, horse riding and natural history. Members rode from Stanton St John and played ‘mounted rugger’. In 1930 the Crab donated a rugby fives court which was located in the Fellows’ Garden and survived until demolished in 1975 as part of the ABK building project.

One sport that did flourish in the 1930s was cricket. Up to 40 people played in the College, almost a quarter of all undergraduates at the time. The first XI was unbeaten for several years, notable for its strong batting line-up. Brian Belle (who also won a football blue) and R. W. G. Mitchell made the University side, along with F.C. de Saram. Belle played for 26 times for Essex 1935-37, scoring 776 runs, including 63 in a famous victory against Yorkshire. When he died in 2007, he was the last survivor of that feted 1935 side. Games were played not only against College teams but also against the City Police, the University Press, the Post Office, the Church Army Press, St Edward’s School, and Morris Motors (whose radiator works stood adjacent to the College sports field). The Keble Vagabonds cricket team played against various Cotswold villages and toured Sussex each September.

There were far fewer internationals as there had been before the War, when games such as football and rugby gave more scope for amatuers. Arguably the most interesting Keble sportsman of the era was Frederick Cecil de Saram, also known as Derrick de Saram (1912-83). Hailing from a wealthy aristocratic Sri Lankan family, he came to Oxford in 1931 but found himself shunned by the University cricket authorities. After winning a tennis blue he finally broke into the cricket side and won blues in 1934 and 1935. In his first season he scored 1000 runs, the only amateur to do so on debut. Against the Australian tourists, who included Bradman, O’Reilly and leg-spinner Clarrie Grimmett, he scored 128 out of Oxford’s 216 runs. De Saram later captained Ceylon (as it then was) but was gaoled for his part in the unsuccessful coup against the Bandaranaike government.