Although it is generally thought that sport lost its attraction in the post-war years, as Colleges began to stress academic achievement, still over a third of Keble undergraduates played first team sports in the early 1950s. The College sports ground was recovered from Morris Radiators, who had occupied it during wartime, and developed to accommodate cricket, football, hockey and tennis. 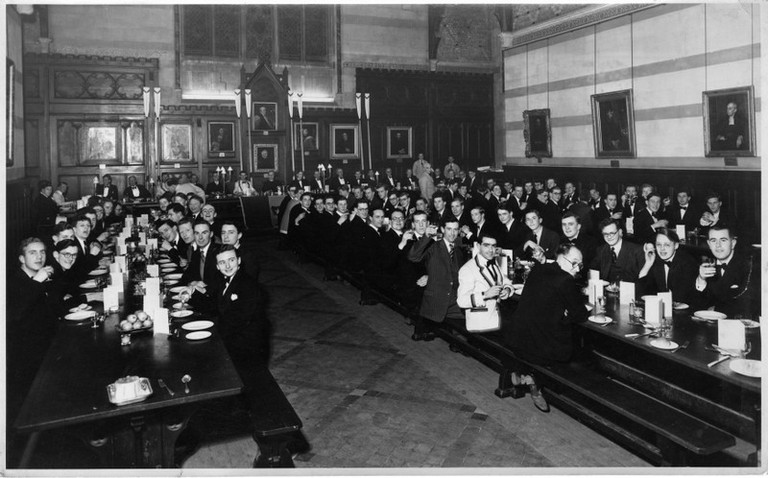 In the 1950s, the leading club in Keble was athletics with 50 members, described as one of the strongest and most active’ in the University. Alan Dick (1950) ran the 400m for Great Britain at the 1952 Helsinki Olympics. Added to the long-established clubs, there were teams for swimming, yachting, badminton, water polo, squash and table tennis by this time. Keble’s sportsmen were active but only sporadically successful in inter-collegiate competitions – the footballers won cuppers in 1956 and 1958; rugby in the doldrums in the 1950s recovered in the early 1960s when Keble were divisional champions, but they were relegated at the end of the decade. The yachtsmen won cuppers in 1961 and again in 1968 and 1969. These mixed successes explain why The Record describes 1971/2 as an ‘annus mirabilis’in the annals of College sport; the cricketers won Cuppers for the first time and hockey were divisional champions for the third year running. Keble cricket received added attention with the arrival of Imran Kahn in the 1970s. Already capped for Pakistan, Kahn captained the University side and became one of the game’s greatest all-rounders.

Although the 1890s can lay claim to being the era of the relatively most successful sporting individuals at Keble, the combination of individual and team glory in the 1980s and 1990s makes it the College’s golden era of sport. The arrival of female undergraduates brought an added dimension. The mixed hockey team was soon emulating the success of men’s hockey (which won its division 17 times between 1970 and 1993), while new sports such as netball and dancesport appeared. When numbers allowed, separate women’s teams in football, rugby, tennis and cricket were organised. The burgeoning number of postgraduates enabled MCR teams to compete successfully in cricket, with the help of Paul Hayes and Tim Burt from the SCR. An influx of overseas sportsmen and women on postgraduate courses raised the College’s sporting profile in rowing, hockey, rugby and cricket, but also fencing, and karate. By the early 1990s there were 33 blues and half-blues at the College and at one point five Keble graduates were playing English county cricket. The success of both JCR and MCR in College and University sports reached its peak in 1992/3. In addition to 33 blues (including 7 each in rugby and cricket), there were Cuppers victories for rugby, squash, football, hockey, netball, cricket, ice hockey and graduate cricket. Keble athletes were drawn from across the globe, with rugby players from Australia and Ireland, rowers from South Africa and Canada, cricketers from Australia, and hockey players from South Africa.

The sporting glories of the mid-1990s proved hard to sustain, not least because University players were not permitted to play for college sides in league matches (although there were nine rugby blues in Keble in 1993-4 the first XV was relegated). The recruitment of overseas graduate sporting stars tailed off after the death of Paul Hayes in 1995. Success in the 2000s can be more readily gauged by the breadth of participation. Although there are no longer clubs for fives, shooting or billiards for example, there are currently clubs for athletics, badminton, basketball, cricket, croquet, dancesport, darts, fencing, football, gymnastics, hockey, lacrosse, netball, pool, rounders, rowing, rugby, skiing, squash, table football, tennis, ultimate Frisbee and wind-surfing (though one or two are more transient then others). The college supports separate men’s and women’s teams in hockey, football, cricket, rugby, and tennis, and mixed teams in many other sports. 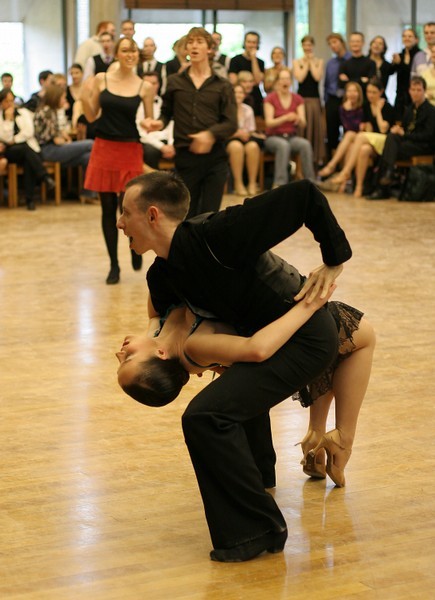 Teams continue to enjoy success: the women won football cuppers in 2007 and topped the 1st Division in 2007; the men’s rugby team won Cuppers in 2007, and though deprived of the title in 2008 nevertheless topped the league for the second year in a row; and the Dancesport team has been notably successful winning Cuppers in 2007.