These letters were written by Peter Osmund (Keble 1933) to his Plymouth school friend, Reginald Prideaux (Keble 1934). Osmund read Classics, and was producer of the Keble Play in 1936, as well as President of the Essay Club. He became a school teacher, and eventually headmaster. His friend, Reginald Prideaux read PPE and joined Osmund in producing the play in 1936. He was a founder member and President of the Next Five Years Group. After military service he went into further education, eventually becoming a Schools Inspector.

The more I see of this show the better I like it – even the architecture; so continue your studies, me lad, and who knows, who knows…I haven’t been snubbed yet by a senior, but on the contrary they seem to go out of their way in an unostentatious manner to be decent to one…. I went to my first chapel this morning – Mattins at 8. – a most mournful and inaudible affair. No wonder people kick at having to go to that service once on Sundays and three times a week at least. The sung Eucharist was a lot better …. 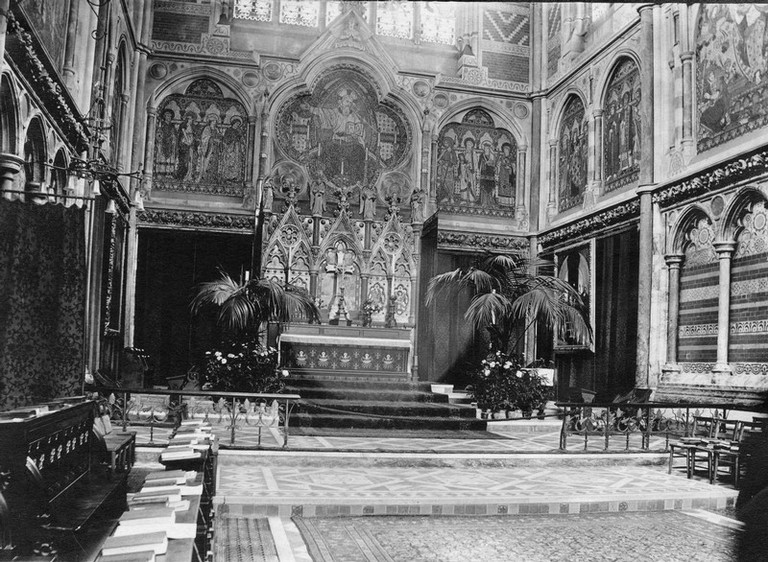 I am also … sniffing at the heels of the OU Opera Club which is producing Gluck’s Iphigenea in Aulis soon …I have also joined the Labour Club principally in order to get in with a click that runs play readings, which I seem to be doing, tactfully and slowly. They’ve asked me to tea on Saturday anyway. I am also in a state of semi-attachment to the S.C.M. & the Music Society which runs the best concert in the University every summer. 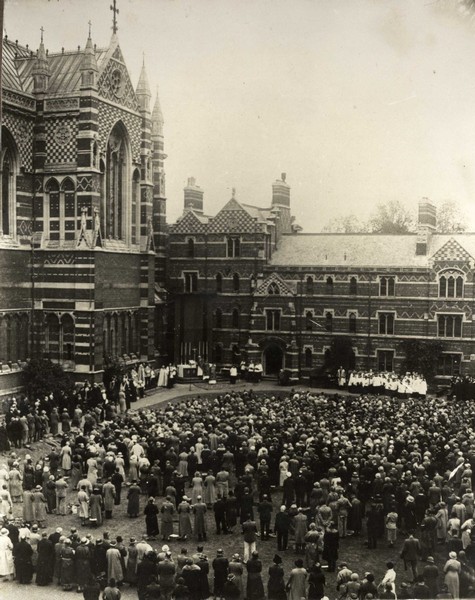 By the way if you have any doubts about wanting to come up to Keble with the idea that you’ld rather go to a more irreligious place, I think you’ll find Keble in that respect quite enough for you. Some of the people who think they are going “into the Church” would amaze you. It’s very distressing. … Quite a percentage of these baptised and confirmed people are confirmed atheists. Please don’t draw any anti-sacramental inferences from that and go off & be a salvation armyist. The people here are very patchy: there are some nests of very good men. The fresher ordinands nearly all seem perfectly wet, but there is a click of third year men I’ve got into who are grand – though at their teaparties anything serious is naturally barred. There are fearful japes. They got one man (the Arch glutton) on the floor and poured tea down his tie. I dare say the fresher ordinands won’t look so wet by the time they become that age. 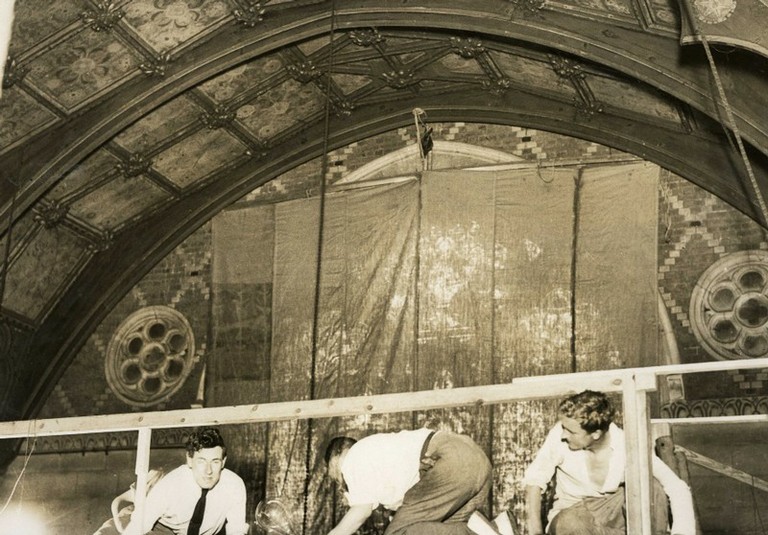 Lighting rig for Keble play being assembled in Hall

There is another set called the Druids (I expect I told you this) who read plays. There are two people who run it who are simply wizard. One is called Dent (of the Everyman family) and the other, one of the people from Heriot Hill’s school, Liverpool College, Barsley, a second year man. Dent is 3rd year. We read Twelfth Night the first occasion and next week poems of our own choice in turn, & last night The Importance of Being Earnest. Dent is by profession a materialist & a communist but really extraordinarily grand. Barsley is a Christian without much experience but extremely nice and hospitable. You’ll vibrate even more than I do with these people. Barsley has some wizard records & a super gramaphone. One of the records is of Edith Sitwell reciting her poems to weird and exotic music. 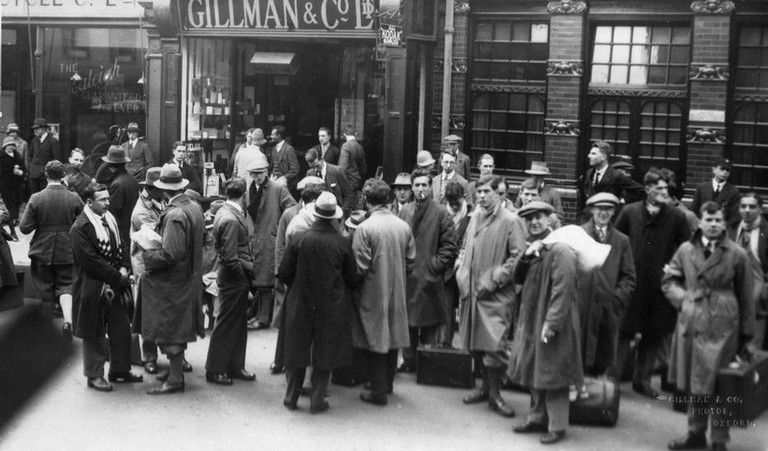 Keble strike breakers on their way to Hull, 1926

I’ve been to a couple of study circles since I wrote last. They make me feel very ignorant. One was an S.C.M. affair on Patriotism. What the S.C.M. usually does as far as I can gather from people who don’t belong is to sit round on hard chairs & argue for hours on whether guessing the weight of a cake at a church bazaar is gambling. But these meetings contained some non-members (Hugh Dent & Barsley, the Clock Tower people – grand men as I probably remarked in a former epistle). We decided that “a patriot was a man who chose the best interests of his country with a view of helping the rest of the world & acted upon his decision”, this involving action against the government in case the 600 men ruling our country should be so misguided as to declare war on 600 men in another.

It’s appallingly difficult to do any work here, one spends so much of one’s time saying “Well cheerioh for the time. I must go & do a spot of work now” & one seldom does. Some people of course do but then one feels rather sorry for them in addition to admiring them. Nearly everybody seems very keen on music up here – good music that is ….

I didn’t go to the anti-prog. meeting last Wednesday (protesting about free speech) because there was a debate – I proposed that “this House views women with remorse” in joculate vain. A perfectly ridiculous & not very delicate motion which was of course turned down by 56-13. In case you should be imagining me in a state of appalling nervousness, self consciousness & clerical voiced confusion, I’ll tell you that I got on quite well & quoted a racy translation of Simonides’ views on women.

Compiled by Dr Ian Archer, Fellow and Tutor in History