Roger Boden came up from St Philip’s Grammar School, Edgbaston in 1965 to read PPE. After a stint of school teaching, he worked in the City returning to Keble in 1993, to work in the Development Office, of which he became Director in November 1993; he has been Bursar since 2000. 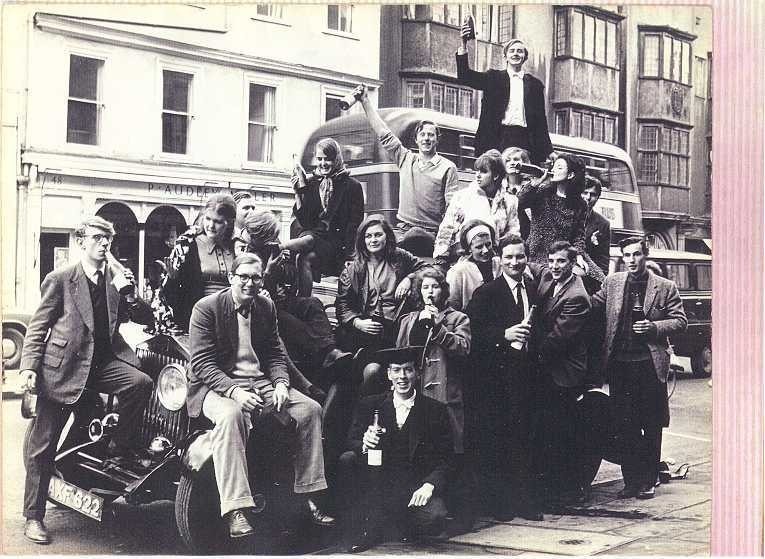 Mods and rockers, a Keble rag from the early sixties

….I have joined the Marxist Society and we are going to shoot the Queen tomorrow. A nice girl came to see me on Saturday and looked very tired and only wanted three shillings so I joined, but I have also joined the Liberal Club so don’t worry …

… In the evening the second year PPE men invited us to sherry before dinner, whereat about twelve people emptied a gallon jar. The dinner was informal, and with free beer and four hundred half bottles of sherry already consumed, it didn’t lack of its more vociferous moments …

… If you read lots of scandalous things in the Sunday papers about drug-taking, believe every word of it. One of the PPE scholars ….. has started taking LSD and, although I have not talked to him much, is rapidly going mad. It isn’t very disturbing in fact – actually it is quite a pleasant surprise, since he has become very friendly and has developed some lovely theories about harmony in the universe. The trouble is that he does no work because he’s too busy harmonising. 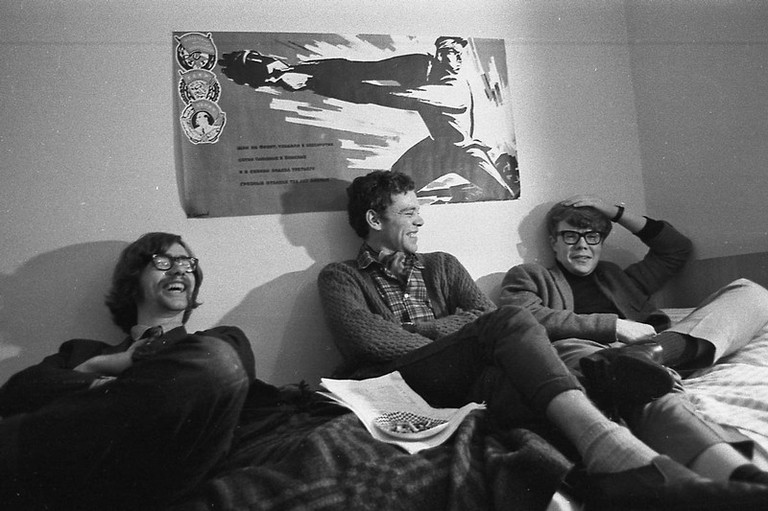 Student room interior in the era of radicalism

… Have you been following the Summer Eights in the Telegraph? You will notice that Keble moved into third place yesterday, and seems likely to go head of the river on Saturday, whereupon everyone will go mad and drink too much and burn everything and it will be all very gay. The funniest thing is our noble Dean, who loathes and detests the Dean of Teddy Hall. Teddy Hall are, at the moment, head and in their arrogance have sent out invitations to a celebration supper on Saturday night. When, therefore, our gallant crew bumps them on Saturday afternoon the hearties of the Hall will be very upset and despondent (this the Dean describes with great relish). Being thus distressed the hearties of the Hall will invade our worthy College and try to wreck it, whereupon our great and wise Dean will make many arrests (having allowed the hearties enough time to destroy many priceless College treasures). He will then present the Dean of Teddy Hall with an enormous bill, and retire to bed, happy at last. Is this not greater sport than rowing itself? …

… This devaluation business has it valuable side effects. PPE undergraduates are now the darlings of Oxford society, and everyone listens very carefully as we give forth on devaluation, inflation, exchange rates, secure loans, stock prices, balances of payments and I wot not what – and since nobody really knows what will happen, whether we will boom or slump, opinions can’t be silenced; only opposed with more opinions … 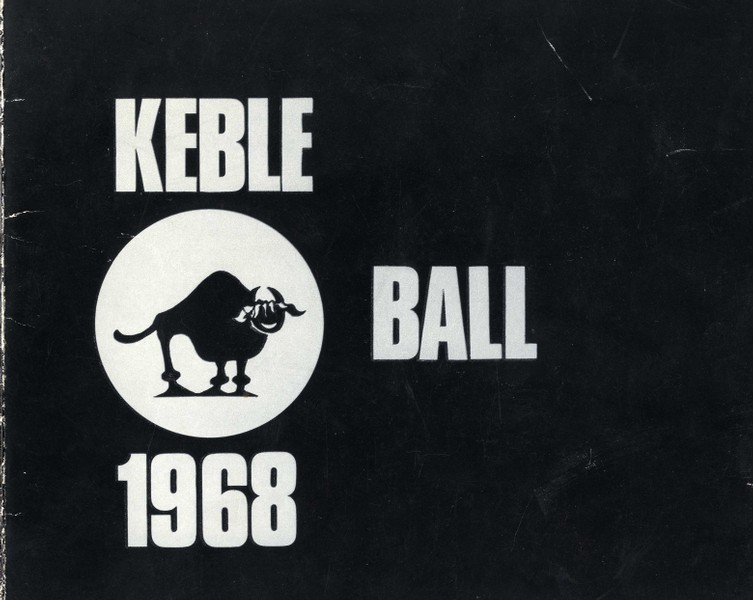 … There’s no living with all this academic stuff. You’re either exhausted by frenzied working for exams, or you’re possessed of a guilt complex for not having worked frenziedly enough. The former’s worse, but the latter’s bad enough and I am feeling it acutely at the moment… Heighho, off to Mass. I wonder what brand of theology they are going to sell us today

Sporting the logo for the Keble ball, 1968

… I am just beginning to slow up, so I thought I had better write before collapsing with exhaustion. Yesterday really finished me off. I got up at a quarter to six, did a couple of hours revision, then down to Schools for the last paper (economics), then raced back to Keble and started drinking champagne (all on a bowl of cornflakes). After champagne came punting, then more champagne for tea, then more punting until about 11.00p.m. (during which I had some fish and chips), then whisky and soup, then bed.

Compiled by Ian Archer, Fellow and Tutor in History