Student Life… In Their Own Words

Student life at Keble has changed beyond recognition, yet there are elements that remain strikingly familiar. Taken from memoirs of previous students, held in the College Archives, the texts below allow Keble’s students to describe their experiences “in their own words”.

The first thirty years of life in the College were marked by austere living conditions (a consequence of Keble’s aim to make university education affordable), and its struggles to establish itself as an accepted college within the University.

“Why most of them came to Keble who shall say, except that it was cheap and a new venture?”

“£81 per year: one third paid at the beginning of each term which included everything, rooms, board and tuition – everything except ‘lights in the room and personal washing’”.

“Perhaps the worst thing was the prevalence of drafts… The long stone corridors without anything to stem the blasts; and the chill feeling of discomfort in the rooms themselves”. 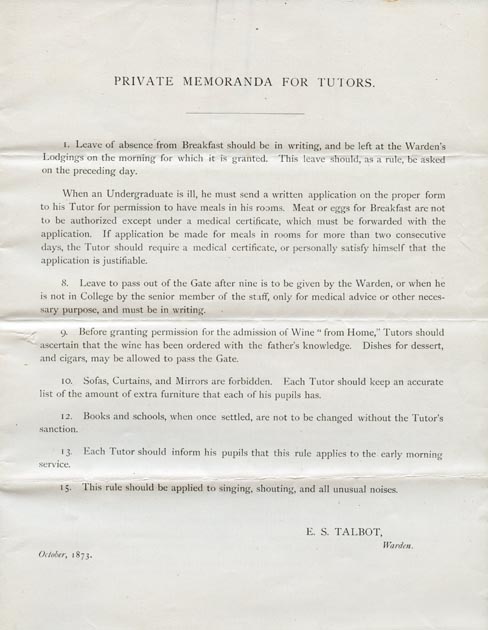 “Years cannot be confined in watertight compartments. Terms, years, generations blend… there was not merely an increase in the number of undergraduates… my remembrance is that the average in standing and in intellect was certainly higher. Further the accession in numbers widened the life in College, and the gradual – very gradual – lifting of the prejudice against the College made life easier… So little by little Keble began to hold its own in the University life”.

“Probably unknown to authorities there were a select few on a Wednesday evening who met in one of the larger rooms, piled the furniture on the bed, set a few chairs in the corners and watched some admirable boxing by the owner of the rooms and some professional whom he, by occult means, smuggled into and out of College… My remembrance is that on these occasions… the liquid refreshment was not tea”.

Although Keble’s fortunes had begun to improve during the late 1800s, the impact of the First World War was devastating. The College continued in its efforts to hold to the aims of its founders, straddling an uncomfortable gulf between Victorian values and nostalgic tradition, and a society on the brink of change.

“There was a basic rule of chapel attendance on three mornings each week, and on one of the main services each Sunday. Those who… failed to observe this rule would find themselves summoned to the Warden’s study on the Monday morning”. 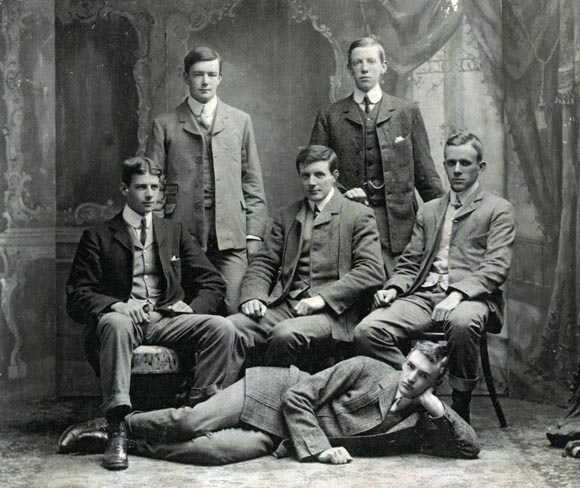 “The only baths in the College were at the first storey of the clock tower so when needing these facilities it was a walk in the open all year round to the baths, sign the list to get yourself on the queue, and wait to be called as baths became available… A shilling was entered on your ‘battels’ each time you had a bath”.

“Oxford in the 1920s still retained fading remnants of Edwardian elegance – cafes in Cornmarket still served afternoon tea on linen napery covered tables. The Cadina Café served brandy snaps filled with cream…; and of course there was the perennial beauty of Oxford: the Parks in springtime, the delicate beauty of the Oxford pinnacles seen from across Port meadow in the setting sun; the gently curving High; the Christ Church meadows”. 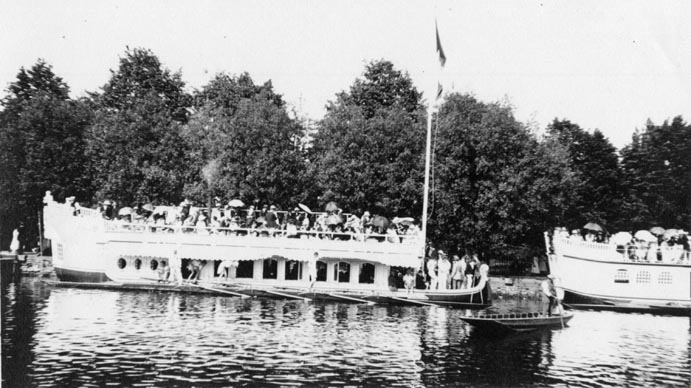 “These [dons] had to bear, and to some extent had to conceal… the burden and loss and apparent waste of generations of young men whom they had known up to ten years or more, and whom they had taught and loved. A college, like a school, may be the home of perpetual youth; but when that youth expends itself in its country’s service the home necessarily mourns”.

The period 1930-1959 saw some of the largest social upheavals in the College’s history. The Great Depression acted as a ‘financial leveller’ with all students (regardless of background) finding themselves short of money. The Second World War saw a generation of older, mature students arrive, driven to work and succeed. This growing emphasis on academic success was compounded by the introduction of government grants, and University targets and policies that accompanied them.

“There was even the occasional opportunity to meet the other sex at the highly proper after-dinner dances at the Ladies Colleges. Little or no alcohol was consumed at these functions, undergraduate rooms were out of bounds and the National Anthem was played by the band punctually at 11.30pm”. 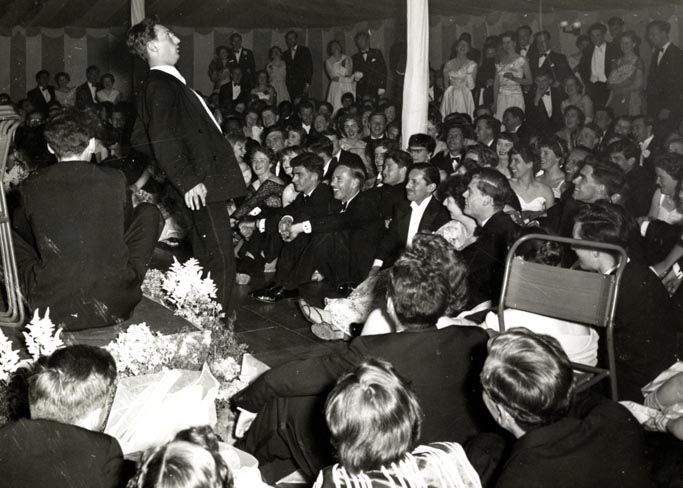 AD 354/2 – Digital copy of a black and white photograph of the cabaret at Keble College Summer Ball, 1956

“I do not recall any divide between grammar school and public school entries, few of us had any significant allowance because of the great economic depression of the thirties and lack of spare cash in one’s pocket is a very good leveller”.

“With hindsight ours was a time of transition. The indulgence and the freedom of privilege were passing and the opportunities and obligations of state subsidy were taking their place. At Keble we were already more markedly the children of Beveridge and Butler. We may have thought that, with time, effort and achievement, Keble would become part of the old Oxford whereas what was happening was that the other colleges were becoming more like Keble”. 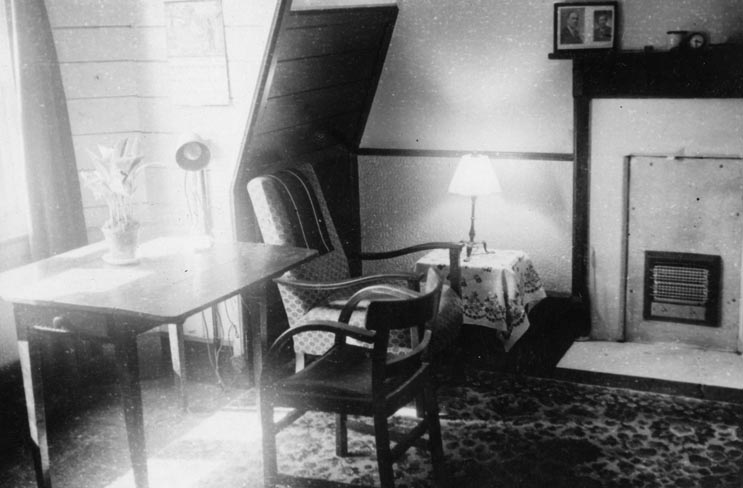 “[The bedroom] contained a steel framed bed and a washstand with bowl and jug. There was no running hot or cold water in 1959”.

“It was hard. From big fishes in little ponds we were small fishes in big ponds. Lectures started at 9.00, so no time for leisurely breakfast, JCR gossip or newspapers. The pace quickened; lectures in the morning, laboratory practice most afternoons and then evening lectures as well”.

The era saw the introduction of female students, improved accommodation and leisure facilities, and the repealing of the more outdated rules. However, even in the midst of change there remains a fondness for the traditions of College life, and for the College itself.

“Everyday life at Oxford had probably changed little since the ‘30s. Even the clothes we wore had a dated look… The musical revolution had started however. Every room shook with the Beatles, Freddie and the Dreamers, the Searchers and so on: indeed it seemed that the hi-fi and the long playing record had only just been invented in time”. 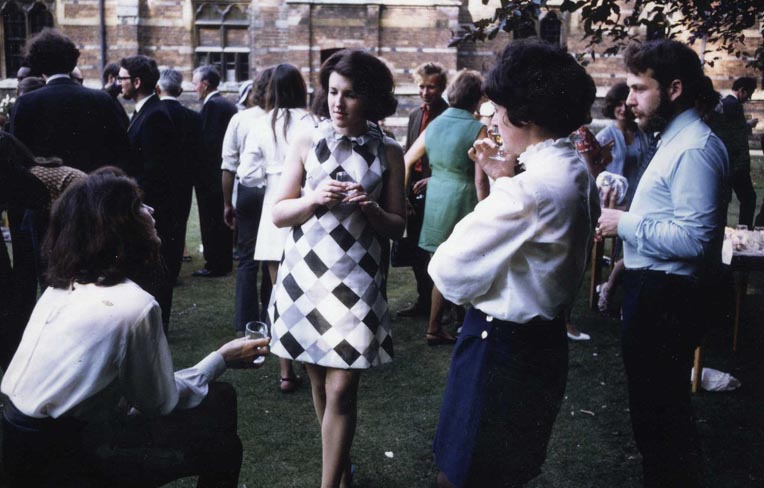 “I think 1970 was the last year in which undergraduates were not given keys. The back gate, however, was sufficiently low and smooth that even the most unfit of us could get over it without difficulty”.

“The stereotypers, however, have a tough time with Keble. When pressed, they are forced to admit that it falls into no easy category, that all sorts go to Keble and that most can find ‘their’ place there. This, clearly, was the College for me”.

“One remembers clearly weekly essays crises, toiling through the night, gazing across the quad at a strangely familiar pattern of lights, stopping every so often for chats and coffee breaks, and then trying somehow to survive those ten o’clock tutorials”. 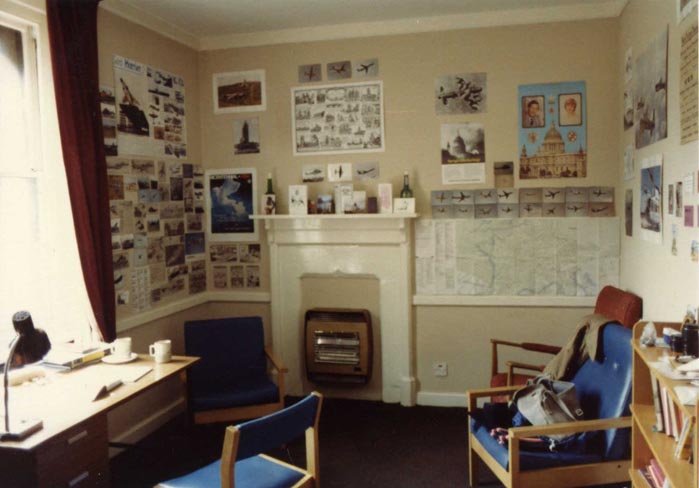 Further expansion of student accommodation and facilities through the development of the ARCO and Sloane Robinson buildings, and more recently the addition of the H B Allen Centre, enabled the growth of an increasingly diverse JCR and MCR. A continued focus on academic achievement has not diminished the Keble sense of openness, friendship and community.

“Keble in the 90’s balanced traditions with modern trends: individual tutorials, exams in Sub Fusc, bread loaves at lunch, gowns at dinner, prayers in Latin. Yet communal bathrooms, handwritten essays, the computer room, phone box, and ‘stamped’ library books were on their way out; and who knew that women had only been in college for 20 years or so?”

“Somewhere between the post-tutorial coffee by the Radcam and people watching in Hall there were hours spent talking about nothing with all the fantastic minds I called my friends”. 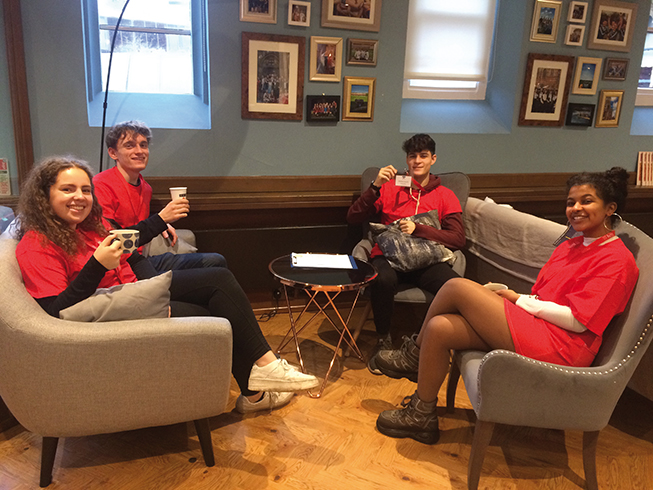 Student Admissions helpers in the JCR

“Early 2000s life was one of colourful paper copies of notices and invitations, exchanging dinner tokens for meal vouchers during daily chats with lodge porters, and endless pigeonhole note exchanges”.

“Living in the new HBAC was fantastic to have a big graduate community all living together, not forgetting a few bonus flatmates in the form of the builders who couldn’t resist the occasional cuppa!”

“My favourite place in College was the dining hall – I have so many fond memories there of making new friends, singing at Christmas Dinner, and bringing my parents to Guest Night”.

Written by Faye McLeod, Archivist & Records Manager, with contribution from the Alumni Office, as part of a display celebrating Keble’s 150th anniversary.